Skip to main content
Members - Free (Non-Members - $29.99)
Ammon will be discussing hair styling and cutting tips for both men and women with a variety of curl types. 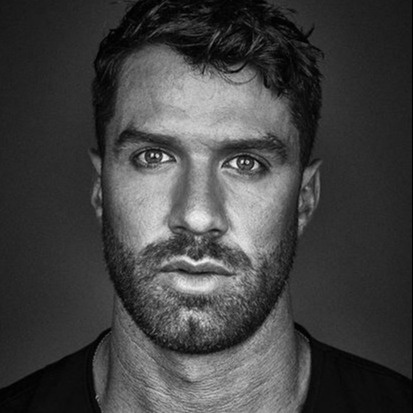 Originally from Salt Lake City, Ammon first studied hair in Colorado where he realized his scissors had the power to inspire change for those in his chair. His New York career began at the Warren-Tricomi Salon in the Plaza Hotel, where he quickly became noticed as one of their premier stylists.

Ammon continued to build his loyal clientele at the prestigious Mizu Salon and later lead as Artistic Director at Matrix, a division of L’Oreal for over 12 years. In this role, he traveled the world as one of the key spokespeople for Matrix, connecting with hairdressers and consumers alike in print, online and broadcast campaigns.

In 2014, Ammon was named Creative Director for L’ANZA Healing Haircare, where he is responsible for leading the direction for imagery and creative content, brand and artist development, as well as training and platform work. Ammon also continues to further his editorial work. His work has been featured on the pages of top magazines including Vogue, Marie Claire, Harper’s Bazaar, Vanity Fair and American Salon. His celebrity clientele includes Kate Beckinsale, Molly Sims, Amanda Seyfried, Kirsten Dunst and Leighton Meester.

Ammon opened the Ammon Carver Studio in New York City 5 years ago. Hybrid salon and photography studio, it serves to unite the worlds behind and in front of the camera by creating a cohesive space for both. His new studio serves as the ideal space for Ammon to stay true to his core principles of authenticity and “likeable luxury,” and to continue his work as a stylist for clients looking for a luxurious experience. Ammon and his stellar team are united by not only their love for the hair industry but their passion for giving back by traveling the world helping those less fortunate.

Most recently, Ammon has been fortunate to join Ulta Beauty as the Chief Artistic Director, he has the privilege of setting the course for salon and services direction through trend development, as well as for training and advising stylists at over 1200 salons and stores across the country. Ammon oversees the seasonal, on-trend cut, color and styling offerings available at Ulta Beauty. This vision begins when Ammon, together with his elite Ulta Beauty Pro Team, a team of seven hairstylists representing some of the most elite brands in the beauty industry, pioneer the trends for Ulta Beauty. Ammon and his in-house Ulta Beauty Design Team then translate the trends into seasonal, cut, color and styling offerings before ensuring that over 100 Ulta Beauty Services District Educators are equipped with the necessary technical training to take those trends to the hands of thousands of Ulta stylists in stores across the country.

The Chicago Cosmetologists Association, Inc. is an approved sponsor of continuing education by the Illinois Department of Financial and Professional Regulation (license #190-000101). CE credit is approved in Illinois, Iowa, Maryland, Nevada, and North Carolina. Additional states to come. Please check with your state’s licensing department to ensure that you have the approved credit hours you need to keep your license current. Please note that these programs are subject to change without notice.